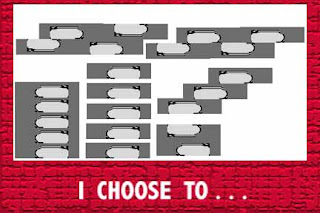 
THE SECRET TO A JOYFUL LIFE.


Anyone who knows me knows that I am joyful most of the time. Have you seen the movie "Patch Adams?" I also could probably be accused of "excessive happiness." I wasn’t always like this. When I was younger, I struggled with many dark feelings, and I even considered suicide a couple of times. I also have to deal with quite a bit of pain in my body every day of my life. I mention this lest you think I live in a perfect world where joy comes easily

I have learned that the secret to a joyful life is about making good choices. I am going to share some of my secrets here. No charge! How about that! Sometimes I have to struggle to "get there," but this is where I choose to live.

1. I choose to see the best in people. (Unless they, or the Holy Spirit show me otherwise.)

2. I choose to have compassion on people when I see their faults and shortcomings. I choose mercy.

5. I choose not to gossip or to listen to gossip.

6. I choose not to spend any more time than necessary around negative people.

7. I choose not to concentrate on the pain and the problems, but on the One who has promised to give me His grace, and strength to be an overcomer.

8. I choose not to obsess over my mistakes, but to learn from them, to get up, dust myself off and keep going.

9. I choose to be a giver. I choose to invest my time, what finances I have, my care and my love in other people.

10. I choose to be a listener and an encourager.

11. I choose to take care of myself. I see no point in running my body into the ground.

12. I choose to love God and myself. Then I can love others.

13. I choose to keep the time I spend venting, complaining and whining to a minimum. It wouldn’t be honest to say I never do it, but I choose not to "live there."

14. I choose not to dwell on the past or let its mistakes ruin my future.

15. I choose to spend time with God each day.

17. I choose to find pleasure and beauty in simple things and not always be longing for what I can’t have.

18. I choose to dream big, to set goals and work to achieve them.

19. I choose to have integrity and to be faithful – to God, my husband, my family, my friends and my call.

20. I choose not to blame others for my problems. I choose to be responsible.

I choose JOY! What do YOU choose? 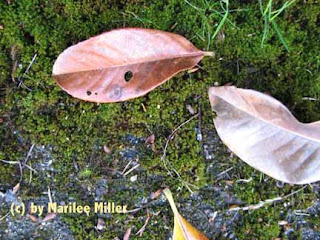 Last week Bonnie Gray (www.faithbarista.com) offered a “What If” challenge. We were supposed to list 5 “what ifs” that we might do to bring changes to our lives. This week we were to elaborate on what happened after we chose one of the 5. Many of the items listed were “activities,” or the hopes of learning to think and act more positively. But some bloggers yearned to know that God really, really does love us – and that we don’t need to worry so much.

Last week, instead of a list of 5 items, I wrote (in near despair) of trying to help a woman whose physical, emotional, and spiritual disabilites, and humungous financial needs, totally engulfed and overwhelmed me. And we’d reached a dead end in resources to help the woman. All my “what ifs” seemed to require enormous, almost-instantaneous miracles from God; but given my past experiences in life, I didn’t know how to expect truly supernatural responses.

I gave my concerns and heavy burden to God – but I was so distraught and heartsick that I kept taking things back. But God in his gracious mercy, opened a quiet way instead of the spectacular options I’d presented to him as necessary. There’s been a lull in my involvement (and best of all, I didn’t have to be the one to orchestrate the “distancing”, as I’d dreaded I would).

I still believe the physically and mentally ill need more attention/ assistance/ support than they get from either the Christian community or from agencies. I still know this woman (and the many others like her) needs supernatural intervention from God. I still believe we need to pray for others, always. And we need to be supported to believe strongly for God’s presence to manifest itself in all our lives. But I’ve been able to get back to the solitude and rest that I require -- something that doesn’t happen when my mind is under pressure from daily confrontation.

The woman’s problems haven’t gone away. My involvement probably hasn’t gone away. But I’m thankful to God that we’re both “still here” in spite of my doomsday thoughts last week.

Bonnie’s transparency, and that of the participants who expressed fears, self-doubts and need-to-be-aware-of-God’s-love, really encouraged me that I’m not as alone or “different” as I felt I might be. I’m so glad there is a Savior of us all. And that JESUS IS LORD is the greatest miracle of them all!
Posted by kingfisher at 5:35 PM 7 comments:

ART, WORSHIP, and A LOWLY TURNIP 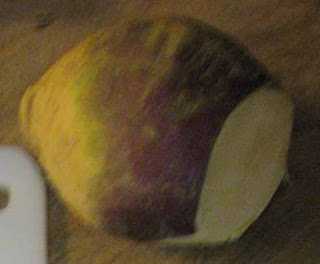 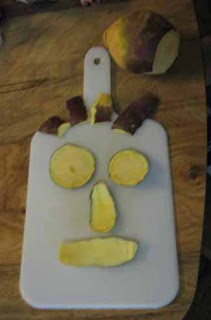 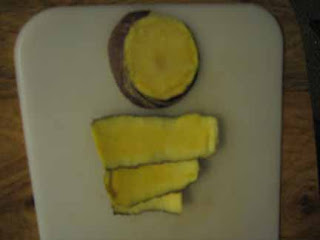 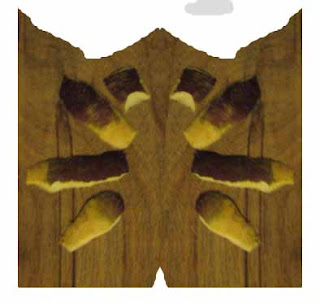 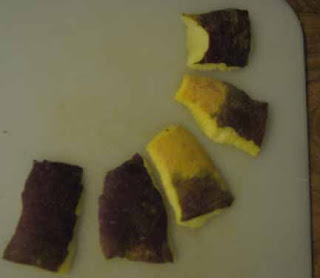 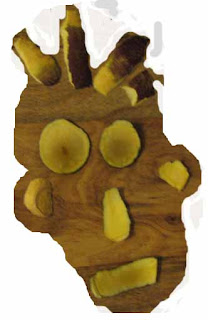 ART, WORSHIP, AND A LOWLY TURNIP

Sometimes food preparation can take a long time.
Why? Because I end up stopping to arrange the parts.
Then maybe I’m prompted to take a snapshot -- or five.

The turnip is such a basic veggie!
Not beautiful or bright-clean-color,
Not glorious in shape or outstanding in size.
I’m not even fond of the taste of simple-turnip.
(Not when raw, and not when cooked.)
But if my imagination cooks up a rare dish –
Turnip pancakes, turnip-cinnamon bread,
Or raw thin turnip slice with salsa and cream cheese –
Then I can participate in the food uses of a turnip.

First, however, I get to play with the pieces.
The peelings. The parts that will go in the garbage
Once I’m done exercising my creativity.
No, I didn’t start out to make art!
I was just getting this turnip ready to cook.
But suddenly my playful side tugged at my heart.

Creativity is a gift of God. In imagining food as art,
I bring an offering of worship-praise to the Living God.
“Thank you, Lord, for giving me eyes to see
Reminders of Your beauty, yes, even in a lowly turnip.”

WOW! or, The Vet Admires My Cat 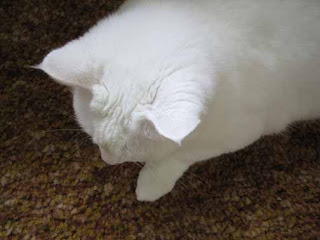 WOW! Or, The Vet Admires My Cat

The vet’s assistant reached for the cat carrier in my car.
“She’s big,” I warned.
Meaning, expect the cage to be heavy.
“Yes, I can tell,” said the lady, lifting the box.

The vet, examining her, called her, lovingly, “Big Girl.”
(I found out my cat weighs 15 pounds!
I knew she was heavy, but had never known exactly how much.)
The vet, to me: “I’ll bet you don’t allow her to sit on your stomach!”
(No, I don’t! But this cat doesn’t like to be picked up, anyway.)

The vet and her helper exchanged comments:
“She’s so white, so very white.”
(I had a white cat before her. Yes, he was white,
But would almost be a pale-grayed white compared with this cat.
When he shed hair on the carpet, I hardly noticed it.
When she sheds, the strands stand out luminously.)

The vet and the attendant inspected her belly.
“WOW!” They chirped in unison;
Admiring, almost reverent tones.
What did their exclamations mean?
Because her hair grows prolific even there,
In a place where some cats have sparse fur?
Or, it was so clean and white?
(She is so good at grooming herself to whiteness.)
Or, that it had no scraggly patches of unhealth?
I don’t know why their “wow!”

But after my cat had been sick the day before,
And now given a clean bill of health,
I have a great new appreciation. What if I’d lost her?
Thank goodness, she’s all right.
No more half-taking-her-for-granted.
WOW!

God designed the cat. He created so many intricate, lovely things.
My cat is his workmanship, wonderfully made.
But God also created ME!
I am his workmanship, beautifully made.
Is it possible that the Lord has brought me far enough along
This pathway with Him, that others might see
The imagination of God shining from within?
Not because I’ve done something valuable in my own self,
But because I trust He is fashioning me to be
Exactly who he wants me to be?
WOW! 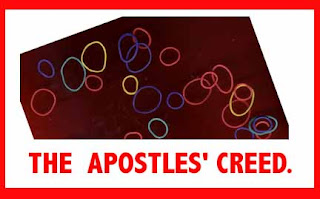 "I believe in God the Father Almighty, maker of heaven and earth;
And in Jesus Christ his only Son, our Lord, who was conceived of the Holy Spirit,
born of the virgin Mary, suffered under Pontius Pilate, was crucified, dead, and buried; the third day he rose from the dead; he ascended to the right hand of God the Father Almighty, from thence he shall come to judge the quick and the dead.
I believe in the Holy Spirit, the holy catholic church, the communion of saints, the forgiveness of sins, the resurrection of the body, and life everlasting. Amen."
Posted by kingfisher at 1:05 PM 1 comment:

Some Things I'm Thankful For 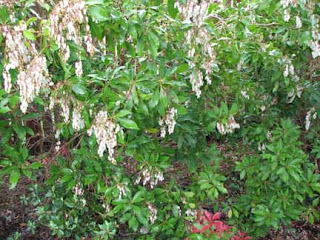 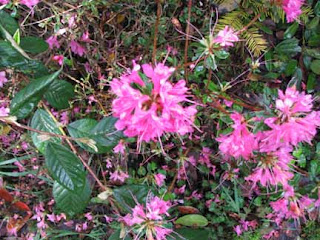 Some things I’m thankful for.

Ongoing knowledge about other people:
their ways, habits,
lifestyles, quirks, and blessedness.
Appreciation for the intricacy and complexity
of human body, mind, and spirit.
Enjoyment of God’s great earth, Nature,
and created things:
Sunshine and rain, flowers and trees,
valleys and hills and rivers and everything.
A comfortable house and good food --
and the strength to cook it.
My lovely pet cat.
A kindly, gentle, generous family.
Deeply Christian thoughtful insightful blogs and e-mails.
My proliferation of craft and art supplies inviting me
to go on hoping I can express my artistic side more fully,
wildly, and creatively -- someday.
Being in touch with the world by computer.
Any or all distractions from pain.
God’s friendship with all of us – including me!
My Lord and Savior, Jesus Christ, who never gives up
on me, but promises always to hold my hand.
Posted by kingfisher at 12:58 PM No comments: 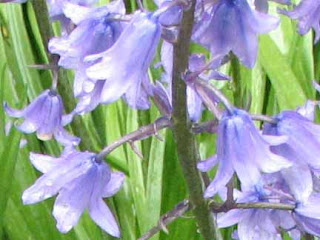 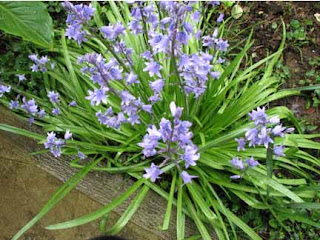 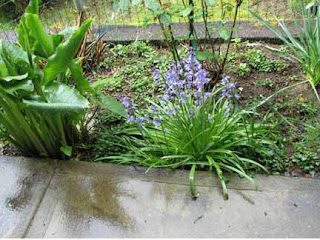 “He is risen!”
“The Lord is risen indeed!”
Dismayed I became, on hearing
That some Christians no longer accept
The blood of Christ shed for atonement,
For our sins to be blotted out.
“God wouldn’t be that cruel,” they say,
“To kill his Son. That’s barbaric!”

I’m thankful my pastor doesn’t feel that way,
And that many others express their faith
In the blood sacrifice of Jesus, who
Died for us, and by God’s mighty power
Conquered death: He rose again – for us,
That we might live forever with Him.
Giving thanks, I lean on the word of God.

“…by his own blood he entered in once into the holy place,
having obtained eternal redemption for us.”

“So Christ was once offered to bear the sins of many;
and unto them that look for him shall he appear a second time
without sin unto salvation.” (Heb. 9: 12, 28)

Hallelulia! “He is risen indeed.”
Posted by kingfisher at 12:33 PM 1 comment: