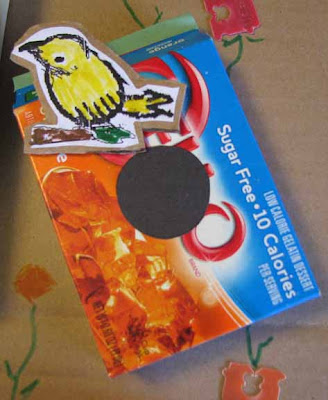 Many months ago, a kindergarten teacher and I talked about simple art projects. For one of my own projects, I’d turned brightly colored Jello boxes into “birdhouses”, complete with black paper “holes” and glued-on paper birds. She acted so interested that I began saving Jello boxes for her. Recently, after I could finally tell her I had a box for each of her 19 students, she announced to her students that they were going to learn about jello.

The kids would look up info on how it was manufactured, and what you did to make it (at home). They could discuss words like "recipes", and "labels" (on the box) and "instructions" for making something, and "list" (the list(s) on the box). The measuring directions could be shown as examples of math problems. She even uses the numbers on the bar codes to work as math.

The ingredients list on the box could become a talk about "health", Someone with food allergies could read the list to see what was in the jello – such as: "red dye # 58."

I wonder how many kindergarteners would normally be taught that people can be allergic to ingredients, and that their food preparers need to read box labels.

At times I feel that I don’t do much to help other people. Circumstances in my life keep me from having a whole lot of contacts and interactions. But I need to remember that simple little things can sometimes offer unexpected blessings.

I seem to have blessed her a lot just by saving otherwise-throwaway little boxes, and by showing her a creative use for them. Her enthusiasm for helping her students learn, and her thanks to me for saving the boxes, blessed me. Apparently, as the teacher said, “There are all kinds of things to learn about Jello.”

We need to keep our eyes on God, don’t we? To count the many ways he blesses us, and makes us a blessing to others, often through simple little things.

This post is shared with L. L. Barkat "On, In and Around Mondays"

and Laura Boggess "Playdates with God" 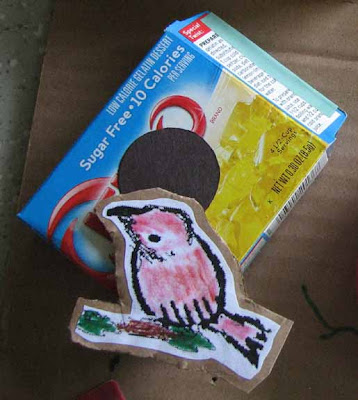 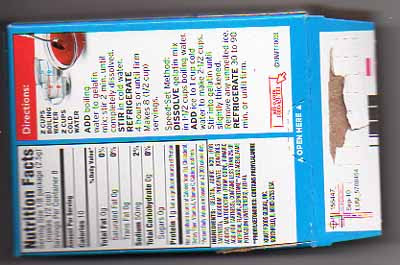 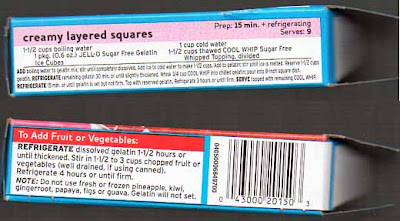 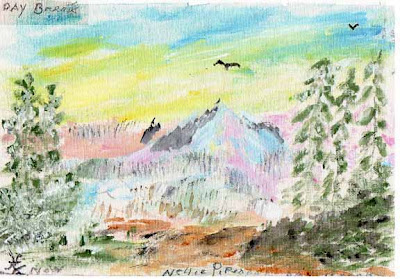 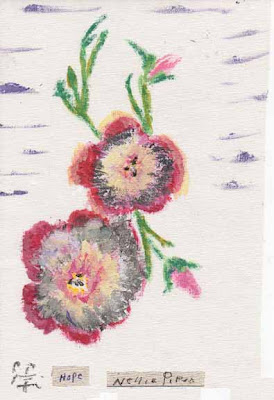 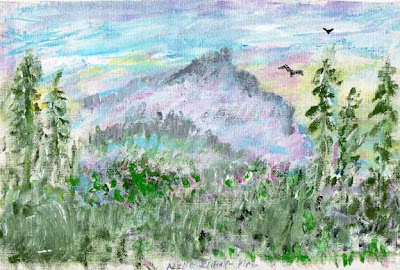 The paintings were made by a 92+ year old woman in an assisted living facility. The simple little works were sent to our church, which the woman used to attend, for a bazaar. As far as I know, this lady didn’t paint pictures during her “active years.” In fact, unhappy circumstances often beseiged her former life. I’m told that she was shocked to find she would live to be so old. And I like to think she found a sort of peace and contentment in creativity during her older years. Maybe she was able to build herself a sanctuary by seeing that she still had it in herself to make her own expressions of beauty. I hope making her little artworks comforted her and in some way opened her mind to be brought closer to God.

Sometimes my hopes get dashed. Sometimes I hurt too much to feel very contented. I can easily feel I’ve been laid on the shelf, just waiting – but, for what? Are there really any productive years left for me? However, my own pastime of art has often comforted me. Creating paintings or other art -- or even just seeing in my mind the images I’d make if I had time and energy – is a way that I can worship the Lord and King of all. My soul feels satisfied.

Almighty God had enough imagination to fashion our Earth and the whole universe to be wondrous and beautiful. He saw to it that his children were “fearfully and wonderfully made.” Thinking on this, I can take heart that even yet he has a plan for me. He will still nurture and bring forth my own creativities. Oh, how thankful I am that God is the creativity business! He will bless you, and he will bless me.

This post is shared with "Seedlings in Stone"
On, In and Around Mondays

and "The Wellspring"
Playdates with God
Posted by kingfisher at 2:56 PM 2 comments:

God's Story Is Illustrated in Me 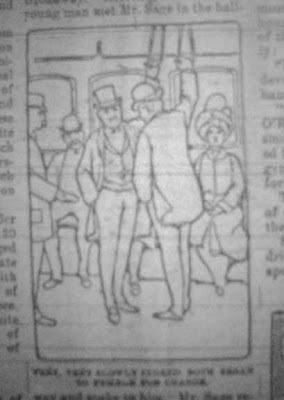 .
Hundred-and-ten-year-old newspapers are a treasure-trove.
Newspaper articles and opinions took the pulse of American thought,
belief, customs, and action.
Besides the warnings of wars in other lands or strife in our own,
And the often-messy political scene,
There were many tidbits about local people, businesses, institutions, gatherings.
Of course, there were ads for both local and “outside” businesses.
The readers could find out about everything from fashions to farming,
and even enjoy fiction pieces.
There were illustrations, of sorts –
Just a few, not as plentiful as in later years –
Primarily line-drawings, carved or etched in some substance
Into which hot lead could be poured
And left to cool and harden.

A “paper-cut” (a graphic illustration on a slug of lead) could be inserted between
columns of text.
The drawing above accompanied a lengthy story in the Coquille Bulletin (in the state of Oregon) July 12, 1901. (The story didn’t originate locally.)

The actual newspaper issue from July 12, 1901 was preserved on microfilm.
It can be read on a microfilm reader, which has a large, lighted screen rather
like a TV. I photographed this graphic with my digital camera. Through the
miracle of modern technology, you can now see a snippet that readers of the
Coquille Bulletin newspaper saw and handled 110 years ago.

I’m not hot lead in a mold! But God is pouring his Spirit into me.
When I’ve “set” in his pattern, it will be a lovely one – he’s promised me so.
My life is reflecting the thoughts, beliefs, and actions that he is etching in to me.
I’m a part of the political process that ultimately
will bring about the perfected Kingdom-of-God.
I may see only the messy process of being put under pressure.
The strife and fears, the wars and rumors of wars in my own life,
May make me feel I’m being scrunched and locked into place
In a way similar to the paper-cut being forced to lock into a printing press frame.
But if I can just stop to remember, I am a part of HIS STORY.
I am – however imperfectly -- his illustration of kingdom living.
I look forward eagerly to the day when it may be said of me:
“For now we know in part… but then we shall know him as we also are known.”
That I should ever know him as he now knows me, seems unfathomable.
But I’m resting in his promise. Amen, and amen.


This post is shared with "Seedlings in Stone"
On, In and Around Mondays


and "The Wellspring" Playdates with God
Posted by kingfisher at 12:47 PM 2 comments: 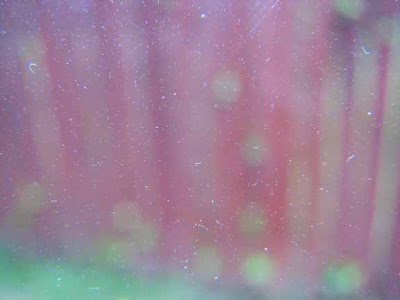 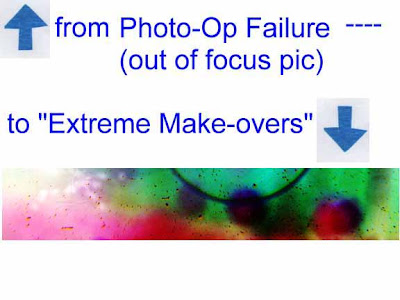 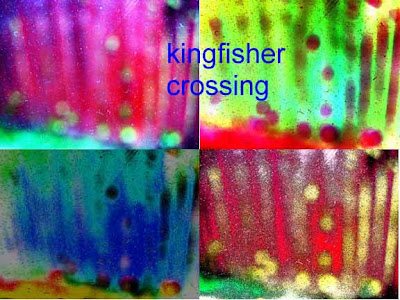 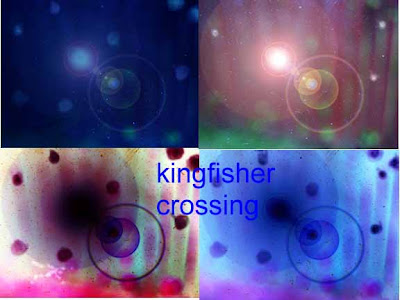 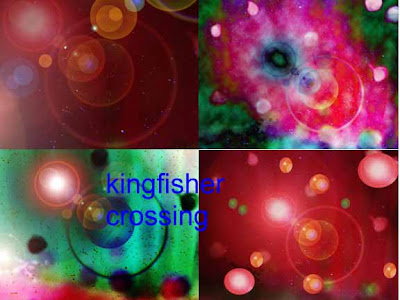 Adobe Photoshop graphics program is nifty,
And I have an old old one that’s thrifty.
Way back in its day, it came bundled, free,
With a new printer. Adobe doesn’t give its product free
Anymore, and up-to-date versions are spendy.
And new Photoshop only works with new system that’s trendy.
My computer, too, is old. But it suits me.
Oh, the hours I play, my mood flowing in glee.

Even my vintage Photoshop makes good photos snappy,
Masks out telephone wires or turns gray sky happy.
Amazing colors may pop out to be seen
In underexposed photos once completely black on my screen.
My Photoshop graphics program is so spiffy –
I create new artworks from patterns/colors so “iffy”:
Rings and circles, or colored lines clean,
Waves and zigzags and sweet valentines.

“Playing” helps shape my identity –
Choices offered as worship, brings me serenity.
“Lens-flare tool” splashes patterns to see:
Thank you, Lord, for setting me free.
God is grander than Photoshop, and he is swiftly
Transforming my life-patterns all uplifty!
His change is working deeply in me
To make me the person he’s called me to be.

This post is also shared with L L Barkat's "Seedlings in Stone"
On, In, and Around Mondays

and Laura Boggess' "The Wellspring"'
Playdates with God
Posted by kingfisher at 3:29 PM 1 comment: