Even a blah photo of a mundane tree branch holds the possibility of becoming an arresting artwork.
. 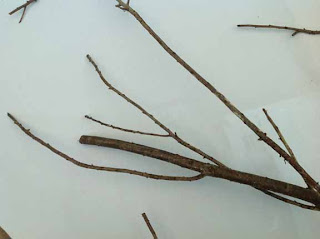 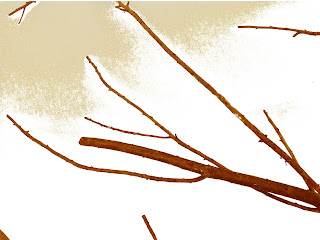 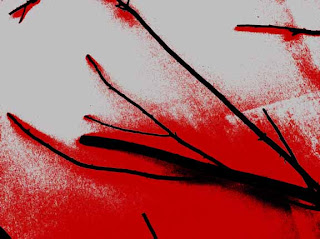 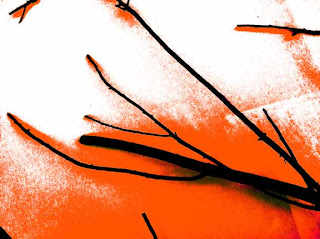 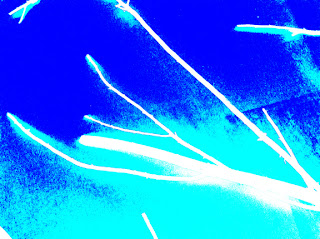 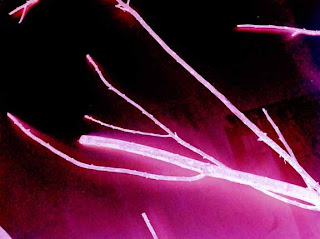 
I read about a 19th century British missionary who felt called to go to Africa with the intent of becoming a martyr for Christ.  (Sorry, I can’t remember the man’s name.)  His wife accompanied him.  The account didn’t say whether she, too, believed in a call to martyrdom, or if she merely went along because it was her wifely duty.

But Africa was a rigorous mission field in those days.  Alas, after their arrival and hard toil, the woman had some sort of a nervous breakdown.  The missionary was compelled to return with her to London.  As I recall the story, she didn’t recover her faculties.

The would-be missionary’s dream of serving the Lord “gloriously” was thwarted.  When things didn’t happen just as he expected, he turned against God, spending his remaining years in bitterness.

How tragic!  God allowed him a different type of martyrdom -- a chance to show forth his trust in God despite adversity.

How many lives might he have touched, had he submitted quietly and humbly to God’s course of direction!  Might a gentle love for his wife have helped restore her mind?  Who else might he have comforted?  Who might have seen an ordinary sort of godly Christian life that was actually noble and fine?

What a shame that he settled for humiliation, when he might have acquired humility.  If he “let patience have its perfect work”, perhaps his ministry where he was, in London, could have been more effective than any witness to Africans.  But he chose to serve a fallen idol of self-direction.  He nursed a grudge against God.

When I’m feeling low in spirits, when life seems impossible and implacable and harsh and maybe a bit hopeless, and I wish I could just go “home to Jesus” where there are no tears or heartaches or broken dreams, may I “let patience have its way”.  May my brokenness and sorrow bring me closer, nearer to my Lord God.  May I opt not to think of myself as a blah photo or a cast off tree branch, but as one firmly grafted in to the Tree of Life.  In his time, in his way, he can make me an arresting artwork to show his glory and grace.  That is the right choice for me.

This post is shared with Laura Boggess, Playdates with God