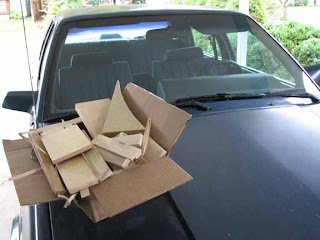 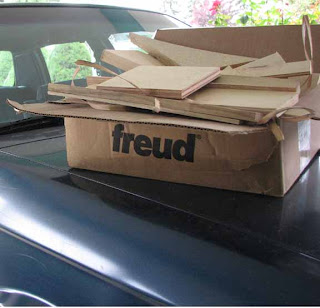 At times, my car is a “place”. A place I go----
Well, actually, a necessary place to go in order to get somewhere I need to go, to get something I need to get----
Then is going from place to place, that is, to and from my car, also a “place”? Sometimes my “place” (car + errand-running) becomes a blessing from God, a blessing for others, a blessing to me.

I had found myself singing over and over this morning, “Make Me a Blessing To Someone Today.” (I hadn’t thought of the tune in quite some time!)

A friend called. She wasn’t feeling very strong; asked for my prayers for her strength and energy. She was also bothered because she hadn’t been to see her brother for a while. But neither she nor the brother are able to drive right now. She depends on her family for transportation. But they have so many obligations they can’t always help her.

I offered to drive her to her brother’s (in our same small town). I’m not very strong, so I don’t often promise to help other people. The few past times that I have offered, my friend has turned me down because she knows it takes so much out of me. But I’d had to take some extra medicines a few days back, and was having a good day, so I assured her that I felt like taking her. That I would just drop her off, and come back later for her. And she accepted.

So I picked her up, drove her a mile or so to brother’s house, and back-tracked to the grocery store. Unfortunately, I made a trip for nothing, because that store was out of the special non-fat yogurt I buy. There are only two grocery stores in town, and the other one had discontinued the non-fat version.
I was left with some time on my hands, but not enough to do a lot of errands.

Around the corner a bit from the grocery store is a cabinet-maker’s shop. I’d thought several times of dropping in to see if they ever had any scraps of discarded wood to give away. I wanted some pieces for small plaques, or other craft projects. But that place wasn’t on my regular walking route between shops, so somehow I’d never gotten around to talking to them. So now was the time!

And yes, they did have some scraps – that they were going to burn up. And I got a nice box of small chunks of beautiful wood. (I would have loved to take more. I hated to see the rest burned up; the wood was so fine grained and beautiful. But he only offered me the small box. (And that will last me quite a while!)

So I did get to be an unexpected blessing to someone today. My friend told me that I had no idea how much she appreciated me driving her. Not getting to see her brother had really been weighing her down.

But I feel I received a far greater blessing. For I not only got to see my friend – we aren’t able to get together very often. She had a scripture verse to share with me; and I read her a page from a thoughtful Christian book. And then, as I was returning to my car with the box of wood, a kind stranger at the edge of the store’s parking lot, taking pity on my staggering slow step, offered to carry my box to my car (at the other end of the lot.) Thank you, God, for the times when a car can provide a “visiting place”, a worship-space, a warm embrace, a cheerful face – and then carry me home to contemplate my box of lovely craft supplies. Now, that’s grace! (Unearned favor!)

Grace is something I can really go for!


This post is a response to L. L. Barkat's blog, Seedlings In Stone,
"On, In, and Around Mondays."

http://seedlingsinstone.blogspot.com/2010/10/on-in-and-around-mondays-let-me-place.html
Posted by kingfisher at 8:31 PM

I would rejoice greatly to receive a comment from you, thanks.